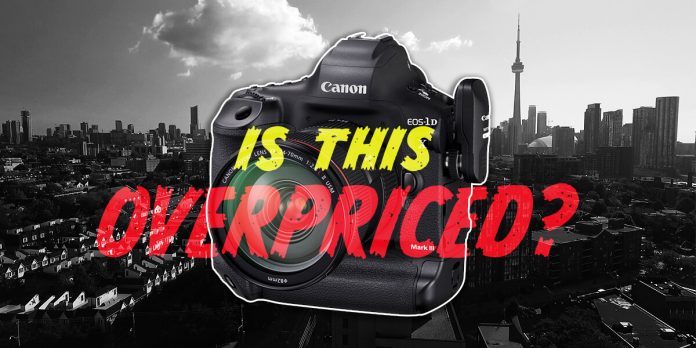 On one hand, some people are reading off the 1DX-III’s specs sheet and chanting “The champ is here!” And it is certainly worth getting excited over.

On the other hand, other people are looking at the insane specs sheet and still finding certain holes in the 1DX-III’s game.

Yes, it retains the incredible battery life. Ditches the old DIGIC 6+ processor and in exchange for the DIGIC X. Shoots 5.5K RAW video at 60 frames per second (!!). Triples the 61-point AF System to 191-points and adds in Head Detection plus Eye Detection. And has an insane buffer that enables a burst rate of 1000 images in RAW. Just to name a few points from its spec sheet.

But I still have five big concerns which, taken on their own, make me question the DSLR body’s hefty $6499.99 price tag:

1. There is still no flip-out screen

“the successor to the EOS-1D X Mark II flagship pro DSLR respected by sports and wildlife photographers the world over.”

But if you’d ever actually shot sports, or wildlife, you’d know about the massive benefits of a flip out or articulating screen. You can get incredible angles that other Photographers refuse to go for. You can show a colleague (or client) a sample shot without forcing them to press their nose against your already stained and grimy LCD screen.

The Canon M50 has a flip out screen. And so does the new EOS R and RP. And the M6 Mark 2. And the Rebel T5i, and 70D. And every Panasonic mirrorless camera. Even Sony’s newest ones have at the very least an articulating screen. So what’s the hold up here, Canon?

My colleagues and I would always joke around when using the Mark 2 that it was so heavy that it didn’t really “need” IBIS. But when you’re setting out to create an Olympics ready camera that allows you to keep up with the fastest sports, it might be time to consider an actual stabilization system that doesn’t rely on an overbuilt camera body.

3. No official word on the video codec’s file sizes

When the 1DX mark 2 shot video, it shot beautiful video. Ultra crisp details with beautiful colour. And while it was no A7S in the dark, its low light performance was plenty usable. But then you load the files onto your hard drive and notice that your 25-second B-Roll shot was somehow 289MB (I’m spitballing, here. But this happened very often with all of my projects that utilized the 1DX Mark 2). And soon after we were just piling on LaCie after LaCie after LaCie drives trying to keep up.

Something has to be said for the importance of ease of file storage and project management. Because when you’re spending $6499.99 USD on a beast of a DSLR the last thing you want is to have to set money aside just additional hard drives.

The Mark 2’s “Silent Shutter” was anything but. It was nearly just as loud as its mechanical shutter.  And this is bad, because certain events, like golf tournaments and keynote speeches, prohibit audible shutters. Which means that you could be missing out on a critical, moment-defining, and maybe even prize-winning shot.  All because your camera made noise.

Canon’s Sr. Technical Specialist Drew MacCallum told PetaPixel back in October that this exact issue would be addressed in the next new model. And I sincerely hope that Canon stays true to its word.

5. No improvements to the brick-like form factor

Imagine, for a brief second, that the 1DX specs sheet didn’t exist. That it was on-par with the old DSLR technology of 2010. And that it retained the flat, rectangular, brick-like form factor that it is known for.

Would you still want to carry this around?

Anyone who has ever spent an long, strenuous day lugging the 1DX-Mark 2 around will tell you in exasperation how awful it is to lug around. God help you if you are carrying it on your neck and shoulders with a strap for the day because you better have your massage therapist on speed dial. And if you’re going to throw the 3-pound EF 70-200 f2.8 III onto it, just make that massage appointment now. Because the 1DX, in every iteration, has always been a task to hold and a chore to carry.

And if you’re planning on mounting this 1DX on a gimbal for videoshoots you’ll have a terrible time properly balancing it. Most gimbals, unless you’re getting a $5000 USD MōVI Pro or buying the Ronin-M’s extension rods, simply can’t hold the 1DX’s t h i c c top-heavy proportions. And if they do, their brushless motors really have to fight to keep it balanced.

As of now I am not seeing any details on whether or not Canon has made this workhorse DSLR any easier, less awkward, or any less painful to carry around for an entire day. This is a very big deal. Because creators, whether Olympics sports Photographers or small-scale influencers, need to want to use their gear. If you look at a tool and dread having to use it because it physically hurts to use, that is a bad tool.

Yes, it is an insane amount of work and re-engineering to pack all of this incredible technology into a better form factor that doesn’t put your body through pain, but Canon has shown that it does know how to do good camera design (my C100 Mark 2, for example, is a joy to carry for an entire day).

The 1DX Mark 3’s camera’s specs are amazing. But I just can’t help but feel like this camera which, while impressive on paper, might be sacrificing usability in order to please the pixel-peepers and specs-sheet-obsessed tech reviewers. And more importantly- it sounds more like Canon is trying to cram mirrorless features into a DSLR form that has already overstayed its long welcome. Of course- I’m ready to be proven wrong. Take the challenge, Canon!